As previously published on Dancevibes.be

How did you come up with the lyrics of "Castles in the sky"?

Marsha: This is probably the most FAQ when it comes to Castles.


The demo that I got of Castles in the sky was merely a loop of the rough-cut theme. I listened to this loop for days and days, over and over again. (Much to the annoyance of those around me. They told me to wear headphones eventually.) The inspiration comes from the feelings, emphasized by the song by continuously listening to it. The lyrics and vocal melody that I wrote reflect these emotions. I always feel that the lyrics are already somehow within the music. 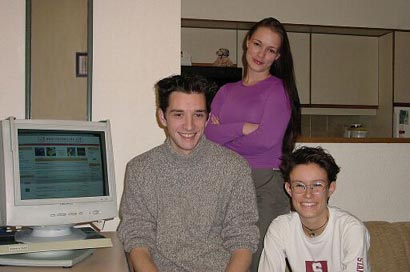 I really think it's better not to explain my personal interpretation of the lyrics. It's not meant to be interpreted only the way I personally do. The interpretation of any song depends a lot on the situation, environment, the state your in. For me the emphasis, unfortunately shifted from the verse to the chorus of the lyrics. But there isn't a strict interpretation for my lyrics: whichever way anyone relates to my lyrics, is the right way, or better said "a" right way. That's the beauty of writing lyrics; it's a way of connecting to people, communicating.

How do you feel about the lyrics that you wrote after September 11th?

Marsha: What the world witnessed on September 11th is far beyond words. As far as my lyrics are concerned, people discussed this with me by mail and on forums too. In my opinion, on September 11th the entire world has changed and everything changed with it. So of course, for a lot of people, the meaning of the lyrics will have changed color too, especially for those being closer to the tragedy. For quite a few people the interpretation of "Castles in the sky" changed to a more literal interpretation.


I've found out that a lot of people found comfort in my lyrics, both before and after September 11th. But I really hope that Castles in the sky won't remind them of the tragedy every time they hear it.

How do you feel about the fact that they replaced you for the performances all over the world?

Marsha: For me, the most beautiful reward I can receive for what I do, is the appreciation of the audience and making so many people happy. This is taken away from me by replacing me for the performances (not only in the UK), and this has put me through some really tough times.

The girl that they have fronting for Ian Van Dahl now is the second replacement, there's been another one, but she appeared to be completely goofing when it came to performances. That's what makes it even more difficult to understand. They made the choice of replacing me twice. 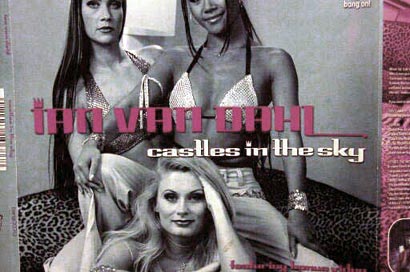 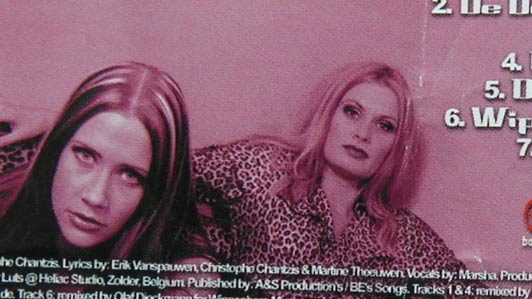 I think with this act, the record company doesn't only show disrespect for the singer, but for the audience as well. I don't know if everyone shares my opinion, but if I witness a performance, I expect the "singer" to be the person who's behind the vocal in the song. As a spectator I'd even feel deceived if the performing person actually hasn't got anything to do with the song and is just lip-synching the whole song.

What do you think of the video?

Marsha: Well, it's a cool video, with a lot of really nice effects and all that. Nevertheless, some people in this video don't really belong there. (Cindy Mertens is in the video-clip (lipsynching Casltes); on this video-interview (part 1 and part 2) she was even introduced as Marsha!!)


If you were really asking me whether or not the video suits my lyrics, I would have to say that although it's a really nice video, it doesn't really represent anything related to the lyrics. If you wouldn't hear the vocals and the music, you wouldn't be able to make out what this song is about. So in that respect, I would have to say that this video isn't exactly what it's supposed to be.

Is the whole story going to be spread all over the media?

Marsha: As far as I know, there's not going to be a media circus. When I started to strive for my career in music I set my goal: to have a successful career as a singer/songwriter, that is reaching as many people as possible and… I don't know… just try to make a difference, I guess. I don't think that putting up a huge media circus about these "scandals in the sky" would give me back what was and is being taken from me. Therefore, I'm not going to exchange my original goal for a lost cause. "Castles in the Sky" was the beginning of a new phase in my career. My new songs, "Distant Places" and "Moments", have started another one. Except for the production itself of "Castles in the Sky", all actions and speeches of those involved in the current representation, have really damaged my career and suppressed my progress. Although they did there very best to disconnect me from Castles, someone told me that somehow, I would always be within my lyrics. As one of my brainchildren, Castles in the sky will be in my heart forever, and I will never deny my contribution to this song. So if questions about Castles in the sky or about my professional past should rise, I will not lie. People have been lied to enough.
But my prospect for the future is not to prove myself just as "the singer songwriter of Castles in the sky", but as an artist. Thanks to my fans I believe in myself enough to continue. (*Thank You*) I hope you can all reach your castles in the sky one day.

So now you're working with LD30. How did you get to work with them?

Marsha: After I spent some time searching for reviews, comments about Castles in the sky (i.e. appreciating) on the net I came across a DJ forum discussing the track. One of the DJ's, DJ Russ Reign, had a website. I visitted his website and signed his guestbook saying "thank you for the compliments on Castles in the sky, It's nice to know that people in NY like the song too". Unbelievable, the respons I got and Russ replied too. That was the beginning really. We started mailing, then chatting and eventually calling too. He was really a great support and really fought the injustice. Russ and Justin, a friend of Russ and DJ too, started spreading the word every way they could. That's how I got to go to the USA eventually. Although I never met anyone of these American people in real life (I had never been on a plane before) I just took a chance and that's really how it all happened. Working in the studio with LD30, we noticed a difference in approach between Europe and the USA, e.g. while I was used to writing lyrics and creating vocals listening to a demo (usually only the skeleton of the song), producers in the USA, apparently, worked the other way around. Something in between seemed to work out fine. Distant Places is the 1st result. And continuous positive news from the USA reassures me things will work out fine. There's one quote that I will always remember: "If you have built castles in the air, your work need not be lost; that is where they should be. Now put the foundations under them. " (H.D. Thoreau ) And that's what I'm working on now.

Can you tell us a little bit more about Moments?

Marsha: Moments is a song created by DJ Philip (Illusion resident DJ) and Regi Penxten (from Milk Inc.) You can already find it as the first song on the latest Illusion compilation (the Jupiter Edition). Vinyl and CD single are also coming pretty soon and it's already signed for Spain and Germany.

Listen to a sample of Tales of DJ Philip - Moments